A revelation occurred yesterday in my house in that I realised I liked Marmite. So what ? Well Marmite was always supposed to have two types of followers the lovers and the haters, their advertising campaigns encouraged this even more.

I was a hater, I hated the smell, the look, the texture, it’s dark brown colour and just about everything that Marmite was , I imagined it also tasted bad but I could never bring myself to try it. Mrs Skaggy my long-suffering wife was firmly in the Marmite lover’s camp so every time I opened the cupboard a jar of satan’s spread would leer at me as I imagined it contaminating the nearby foodstuffs with its yeasty radiation. But things soon went from bad to worse with the arrival of my daughter when she developed a taste for Marmite as well ! So I found myself making Marmite on toast or in the supermarket having her yell ” Marmite daddy ” as we passed it in an aisle as if she didn’t want me to miss out on seeing her best friend.

Then one fateful day it happened. After giving my daughter some Marmite on toast my thoughts turned to my own tea as I realised how hungry I was and that the depth of my hunger was matched only by the depth of emptiness in the cupboard and the fridge freezer. I began to hunt down a take away menu while mentally debating the merits of fish and chips vs. pizza.

I checked on my daughter and whisked the remains of the toast away and gave her some fruit before settling on pizza and placing my order.

The order was Ok but they were busy it would be at least an hour, what could I do till then? I looked at the remains of my daughter’s Marmite on toast took a deep breath and scoffed the lot. To my surprise I didn’t retch, choke or even die I just ate it. To my surprise it tasted OK, I checked the jar yep it was Marmite . Hmmm what was going on I tried to wake up but realised I was awake this was no nightmare, there was no Freddy Kruger like hand holding the Marmite jar or advancing on me blades dripping with the brown spready stuff.

It was a revelation in that I sort of didn’t mind the taste of Marmite. I didn’t fall head over heels in love with the stuff and there were no choirs of Marmite angels with yeasty halos singing the hallelujah chorus but something had changed.

Had my life long hatred of this now seemingly innocent food stuff been a life long obsession over nothing ? Was Marmite my elusuive white whale ?

Mrs Skaggy reckons it’s because Marmite is a by-product of the brewing industry, I wonder if she has a point ? 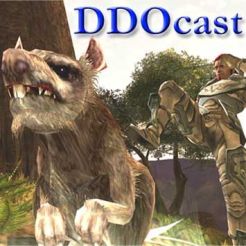 Another week another excellent DDO pod cast and here is my contribution a ” posh ” poem !

I know it’s clichéd but I have to say,
That Monday is my least favorite day.
The loathing for it starts as I get out of bed,
Starting the week kick starts my dread.
As I wake I think, what is about this day?
Why do I always start the week this way?
Why do I always start Mondays a mess?
You see no other day causes me such stress.
Tuesdays and Wednesday for me hold no fear,
Thursdays are better and on Friday I cheer.
Then at the weekend my chest pains cease,
I grin happily and smile with relief.
But as I wake to another Monday,
The warmth of the weekend just melts away.
So as I said why is Monday a problem?
I wanted to know just what’s going on!
So I carried out surveys and internet polls,
Had blood tests and spoke to other poor souls.
I spoke to psychologists and anyone who’d listen,
About Mondays and just what was the missing
Link which causes us to groan at its mention,
Or shake all over with hypertension.
Well the results came back in vast amounts,
All the data was held to account.
I analysed the summary from all its reams,
It seems hating Monday is all in your genes.
You see just as genetics determine eye colour
You’ll hate Monday if so did your mother.
This hatred will then be twice as bad,
If Mondays were also despised by your dad.
So there it is, the results of my work.
Which leave me feeling like a bit of a jerk,
So we know why people hate Monday for sure,
But all this research has left me quite poor.
So future Mondays will still leave us mean,
Until I save enough to research a vaccine.

I never thought I would fall in love again,
Until that day when you entered my life.
You never posh but me always Becks,
My silent understanding patient wife.
At first I thought you would complete me,
Failing to realise there’s a flaw in my design.
I’m always half full but your luckily never empty,
As you soak up all of my spare time.
You took me to so many places,
Where I took whatever I could.
I took advantage of your easy nature,
But I suppose you knew I always would.

Most days of the week see me travelling backwards and forwards to work on the bus. Quite often if my daughter has woken up the previous night I often use the time to catch up on my sleep but when I don’t I find it hard not to people watch.

By people watch I mean observing my fellow commuters and wondering what they are thinking, what they do etc. Observation I often find sparks poetry so I give you a poem that I decided to call   ” 3 generations ” written after a spot of people observation one groggy Monday morning on the way to work.

Daughter mother and granddaughter,
A holy trinity for the Ipod generation,
Get on the bus every working day,
And sit in their usual pattern.

The daughter with her bleached hair,
Held back in a facelift tight bun,
Has the best fake tan a bottle can give,
Never putting down her mobile phone.

The mother young and also bottle tanned,
With her fake fur hood always up,
Sits next to her daughter in silence,
Never acknowledging she’s there.

Grandmother with her roots showing,
Dressed in granddaughter’s cast offs,
Proudly defies you it seems to guess her age
As she smiles and cracks her make up. 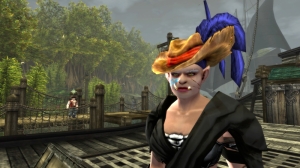 Every week I write and record  a poem for a pod cast about the game Dungeons and Dragons online here is a sample of my work a little ditty about pirates.

Have a listen , what did you think ?

Please feel free to reblog any of my content anywhere you want. Fancy a guest slot, just email me